AHS-P5-1. Entrepreneurship and the Fight Against Poverty in the Philippines 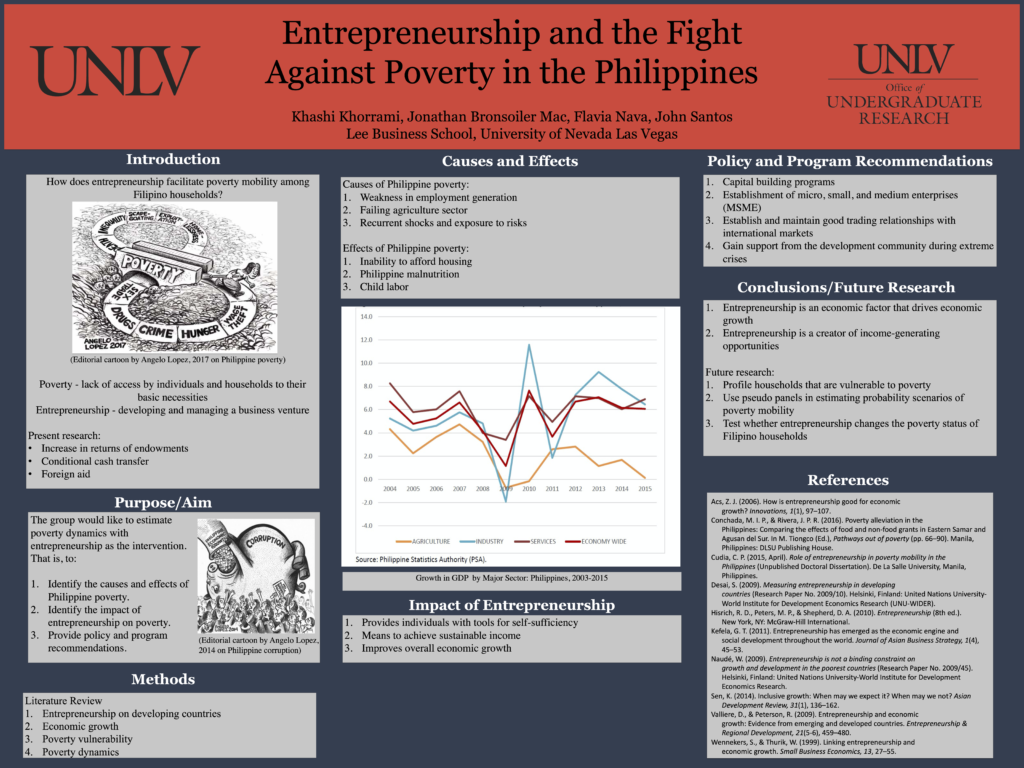 ABSTRACT
Poverty is a global phenomenon characterized by people who live on US$1.25 daily. The universal call to action to end poverty is the foundation of the development agenda both nationally and globally. In accordance with the worldwide commitment toward the Sustainable Development Goals, the Philippine government has established the Philippine Development Plan that aims to build a stronger foundation for inclusive growth and by improving trade policies to stimulate a globally competitive knowledge economy. The Philippine government has to consider the critical dynamics in poverty in public policy and as well as expand the limitations of its assessments. Since the measurement of poverty can only be determined ex post, public interventions are only directed at those who are identified as poor. The vulnerability to poverty pertains to the risk to future poverty, thus trapping them in a cycle that diminishes capital from one generation to another. This study involves previous research that include estimates of vulnerability level of households to income poverty sourced from the Family Income and Expenditure Survey, as well as the Philippines’ official poverty lines. Several interventions have been established to alleviate poverty, such as the conditional money transfer, foreign aid, and as well as entrepreneurship. That so, results have indicated that entrepreneurship is effective in increasing the probability of alleviating poverty, thereby remaining above the impoverished threshold. The study makes a case on the Philippine government’s implication on creating income stabilization schemes to address poverty, and to come up with differentiated proposals for those highly vulnerable.