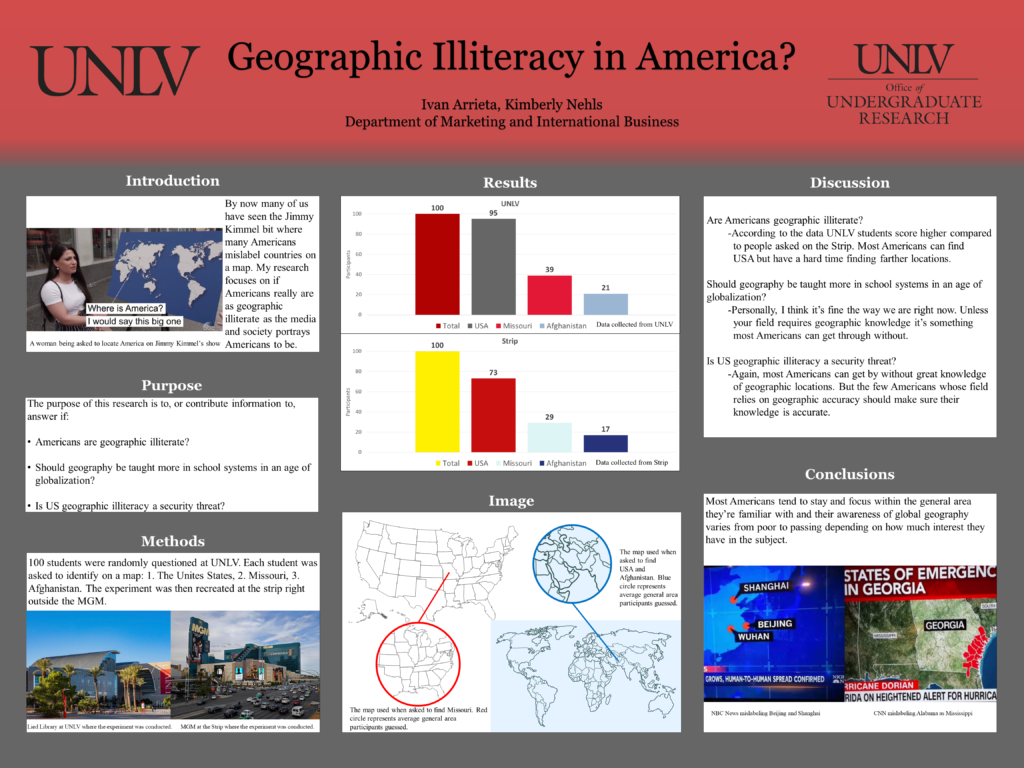 ABSTRACT
By now most people have heard or watched the Jimmy Kimmel skit where he asks multiple Americans to point out a random county only to fail completely, as far as completely forgetting where The United States is on a map. Since the early 1980s US geographic illiteracy has been a topic of discussion, with some calling it a national security threat. This research will address if Americans are geographic illiterate, and whether geography should be taught more in the school systems in an age of globalization. This research sets out to contribute statistical data on how many University of Nevada, Las Vegas (UNLV) students can guess correct locations compared to every day people asked randomly on the Las Vegas Strip. The methodology I took for this research consisted of randomly asking 100 students at UNLV to identify The United States, an eastern state, and Afghanistan on a map. The same experiment was repeated on the Las Vegas Strip. The experiment at UNLV would test if university students score relatively better than average people asked, and the experiment at the Strip would represent the average American many Americans around the US visit the Las Vegas Strip. The results from this research show that almost all Americans can locate The United States, around half can locate an eastern state, but most could not identify Afghanistan. University students do average better results than people on the Strip as hypothesized. This research shows that most Americans aren’t as.

One Reply to “AHS-P1-8. Geography Illiteracy in America?”