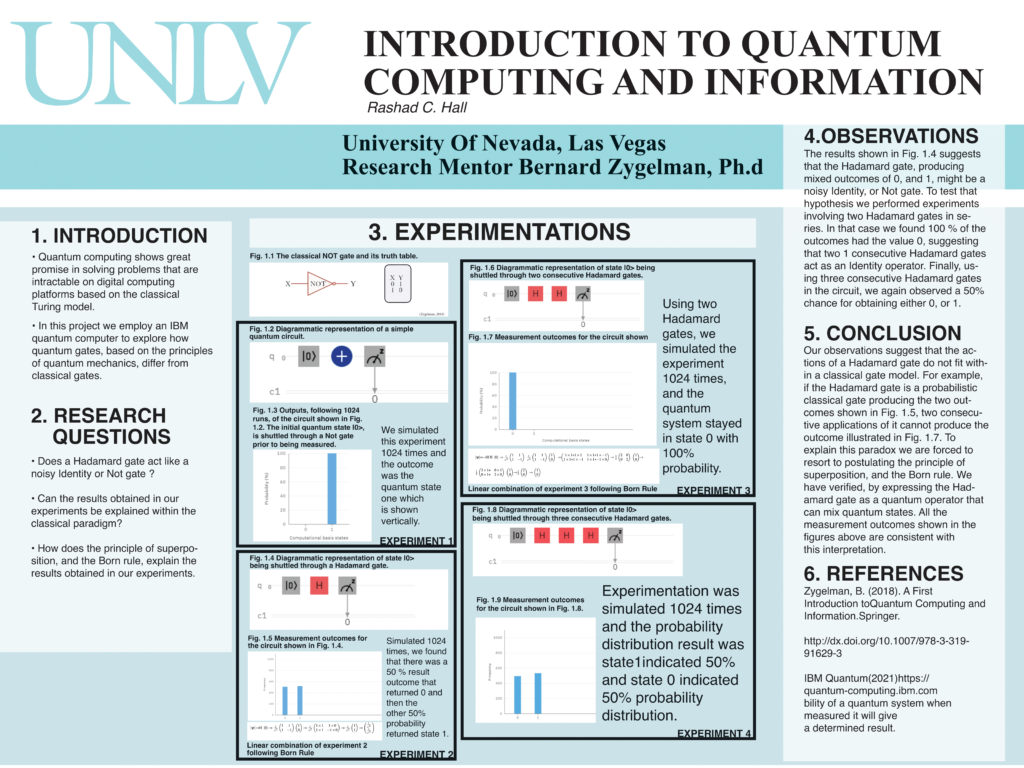 ABSTRACT
The world is constantly challenged by complex scientific, economic, and medical problems. In many cases, progress in finding solutions requires the application of modern computing machines. Simultaneously, the classical paradigm based on the turing machine model has well-known limits. Some problems require computing resources that grow exponentially with the size of data, thus making solutions intractable for such applications.
In the past 25 years, researchers have realized that computing machines based on the principles of quantum mechanics might offer a novel strategy for attacking these problems. In this report, we investigate how quantum and classical computers differ. To highlight these differences, we performed several experiments designed and implemented on an IBM quantum computer.
In one circuit design, we investigated the measurement outcomes of a quantum system in each state, represented by the symbol |0>, when processed by a Hadamard gate. We observed a distinct measurement pattern for both even amounts of Hadamard gates and odd amounts of Hadamard gates. Results suggest that a Hadamard gate is a so-called noisy gate; in the same way, flipping a coin will result in two evenly distributed outcomes. If that interpretation is correct, one expects the same outcomes for an even number of gates. We resolved this paradox by positing that a quantum state can exist in a so-called superposition state, allowing for the interference of probability amplitudes.

One Reply to “HNSE-P3-7. Introduction to Quantum Computing and Information”