AHS-P7-7. It’s a Bird! It’s a Plane! No, It’s a Feminist! Analyzing the Representation of Women in Comic Book Media 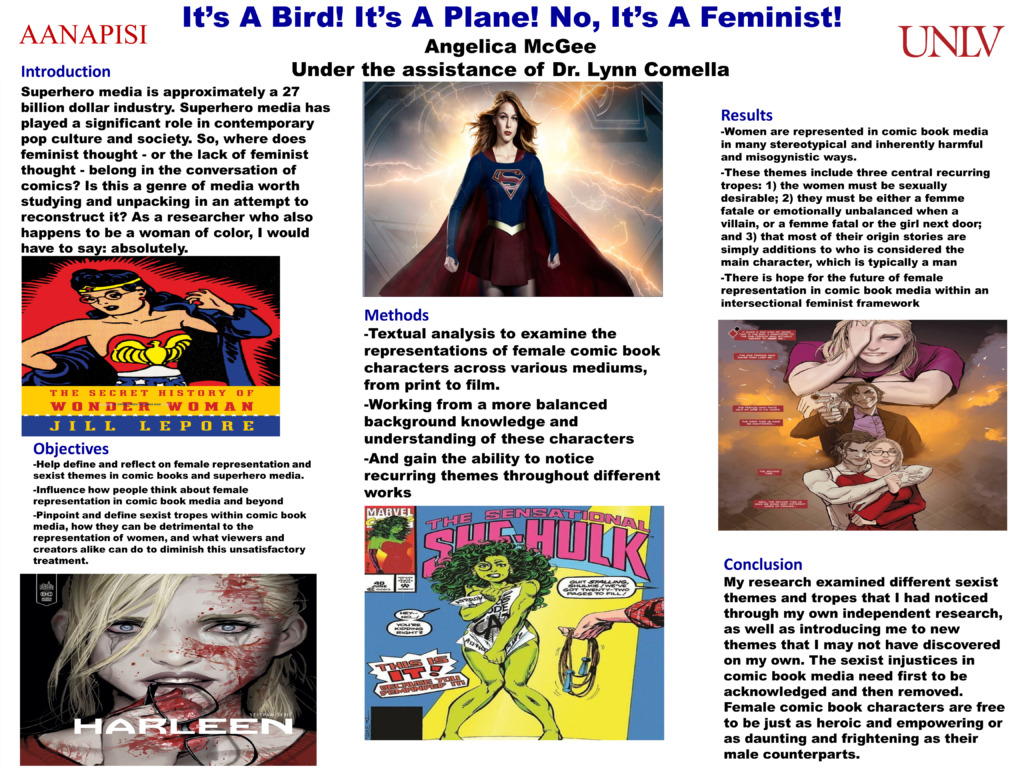 ABSTRACT
Superhero media is a 27 billion dollar industry. Superhero media has played a significant role in contemporary pop culture and society. So, where does feminist thought – or the lack of feminist thought – belong in the conversation of comics? My research aims to pinpoint and define sexist tropes within comic book media, how they can be detrimental to the representation of women, and what viewers and creators alike can do to diminish this unsatisfactory treatment. My research uses textual analysis to examine the representations of female comic book characters across various mediums. The pathway to improvement is within the promise that audiences and comic book media creators continue to educate themselves on the inherent sexist themes of female comic book media characters; new media is created that shields itself from the typical misogynistic tropes that these characters have been subject to in the past, and comic book worlds fans do the work that it takes to show that these changes are not only appreciated but that they are in high enough demand to make them the new normal. The sexist injustices in comic book media need first to be acknowledged and then removed. Female comic book characters are free to be just as heroic and empowering or as daunting and frightening as their male counterparts.

One Reply to “AHS-P7-7. It’s a Bird! It’s a Plane! No, It’s a Feminist! Analyzing the Representation of Women in Comic Book Media”