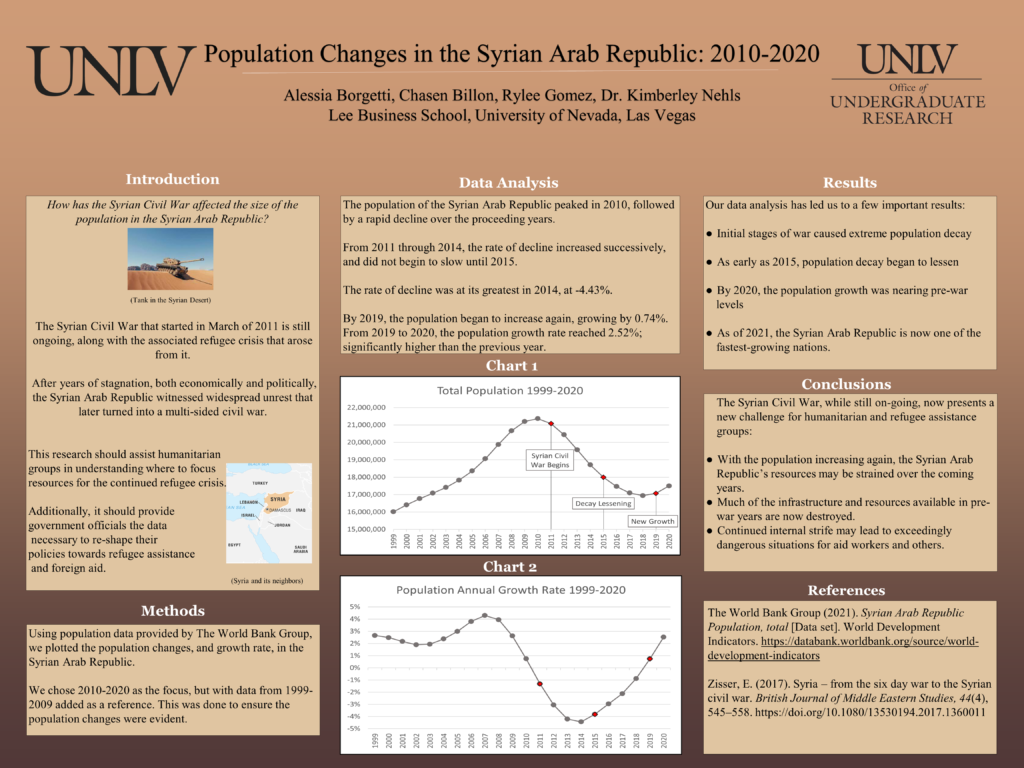 ABSTRACT
This paper intended to study the population-related effects of the Syrian Civil War on the Syrian Arab Republic. The Syrian Civil War that started in March of 2011 is still on-going, along with the associated refugee crisis that arose from it. To determine the extent of the continued crisis, we decided to utilize population data to make inferences related to population growth, decay, and stagnation from the year 2010, through 2020. We found that during the initial stages of the Syrian Civil War, there were significant levels of population decay. However, by as early as 2015, the population decay had slowly begun to lessen, and by 2019, a marginal level of population growth had begun. By 2020, the population growth was nearing pre-war levels, and the level of population growth now makes the Syrian Arab Republic one of the fastest-growing countries worldwide. These findings should allow for a better understanding of the current situation within the Syrian Arab Republic. Particularly, this paper should assist humanitarian groups in understanding where to focus their resources. Additionally, this paper should provide government officials the data necessary to re-shape their policies towards refugee assistance and foreign aid.