AHS-P2-6. The Relationship of Growing Deforestation Rates in the Brazilian Amazon and Various Factors 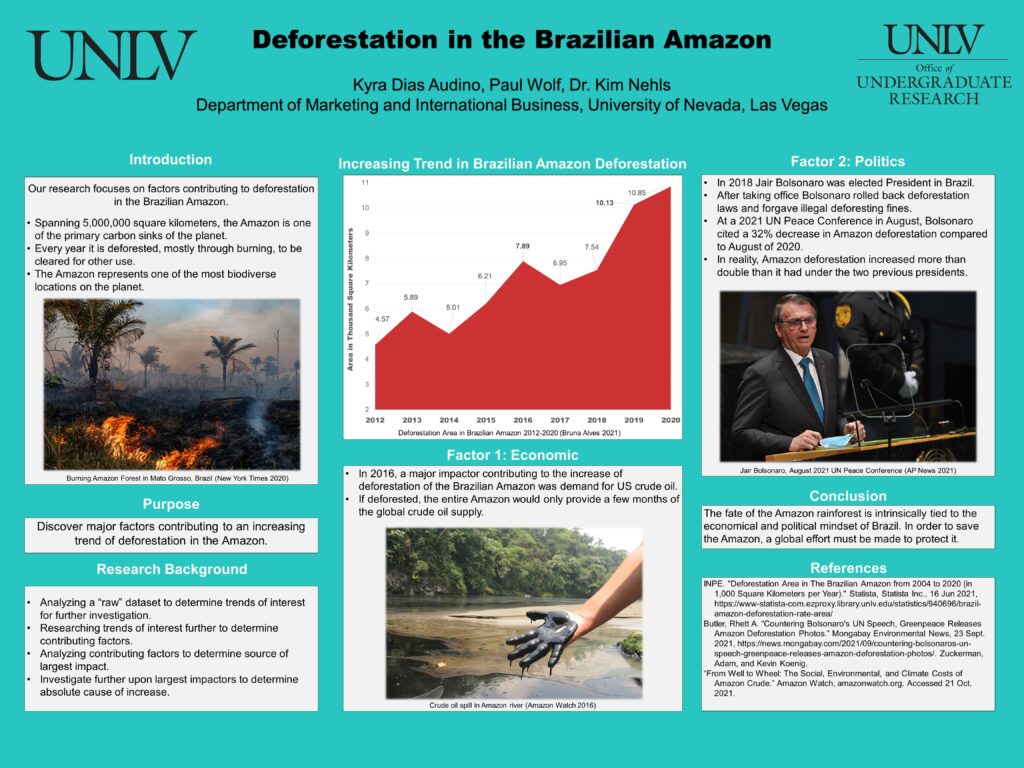 ABSTRACT
In Brazil, the Amazon rainforest covers a massive area. Spanning five million square kilometers, it is frequently referred to as the “lungs of our planet”. In June of 2021, a report portrayed the deforestation area in the Brazilian Amazon from 2004 to 2020. The data provides an objective view of the growing problem of deforestation in the Amazon. This paper will uncover the factors related to the increasing rate of deforestation. To uncover these factors, our research will determine which years held the biggest year-over-year rate increases, and we will then research changing economical, cultural, and political factors that could contribute to increases in the deforestation rate. In referencing the deforestation rates, it was determined that in 2016 and in 2019 there were major increases to deforestation. It was found that, in 2016, there were increased demands of crude oil in the US that drove increased deforestation. Additionally, in 2018, Jair Bolsonaro became the Brazilian president and rolled back environmental protection laws which lead to increased deforestation. In conclusion, 2020 saw Brazil report the largest area of primary forest loss. The implications of Amazon deforestation relate to climate change, endangered species, and conservation of ecosystems. Unfortunately the fate of the Amazon rainforest is tied to the overall state of political and economical mindsets in Brazil. In order for the fate of the Amazon to be rectified, a global effort should be made in order to enact laws to ensure the Amazon can remain the “lungs of our planet.”

One Reply to “AHS-P2-6. The Relationship of Growing Deforestation Rates in the Brazilian Amazon and Various Factors”