AHS-P2-1. Why is Ethiopia at War with Tigray 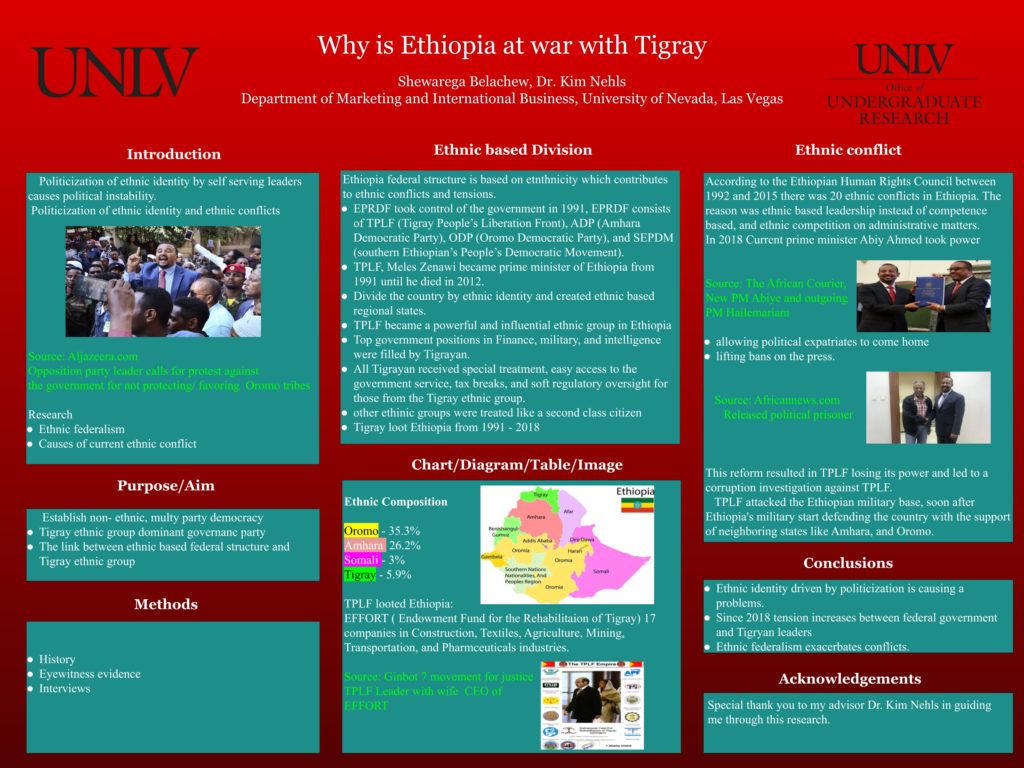 ABSTRACT
EPRDF (Ethiopian People’s Revolutionary Democratic Front) took control of the government in 1991, EPRDF consists of TPLF (Tigray People’s Liberation Front), ADP (Amhara Democratic Party), ODP (Oromo Democratic Party) and SEPDM (southern Ethiopian’s People’s Democratic Movement). From the minority group of TPLF, Meles Zenawi become prime minister of Ethiopia from 1991 till his death 2012. Because of the prime minister ethnicity, TPLF become powerful and influential ethnic group in Ethiopia. All top government position in Finance, military, intelligence filled by Tigrayan. During his time all Tigrayans get special treatment in almost all aspect of the government from off record incentive such as access to the government service, tax breaks and soft regulatory oversight for those from Tigray ethnic group. This paper will investigate and analyze factors that leads Ethiopia to have a war with Tigray. My research uses comparative research method and use key interview in gathering relevant data. The finding of my research demonstrates that in 2018 Current prime minister Abiy Ahmed come to power and change Ethiopian democracy by releasing political prisoners, allowing political expatriate to come home, and lifting bans on press. This reform resulted TPLF to lose their power and leads to corruption investigation against TPLF. In response to that TPLF attacked the Ethiopian military base, soon after Ethiopia military start defending the country with the support of neighbor state like Amhara, Oromo. It is very important to discuss the underlying reasons for this war and the link of this war with economic and political power.