AHS-P5-2. Working Long Hours in Indonesia Does Not Result in Economic Progress 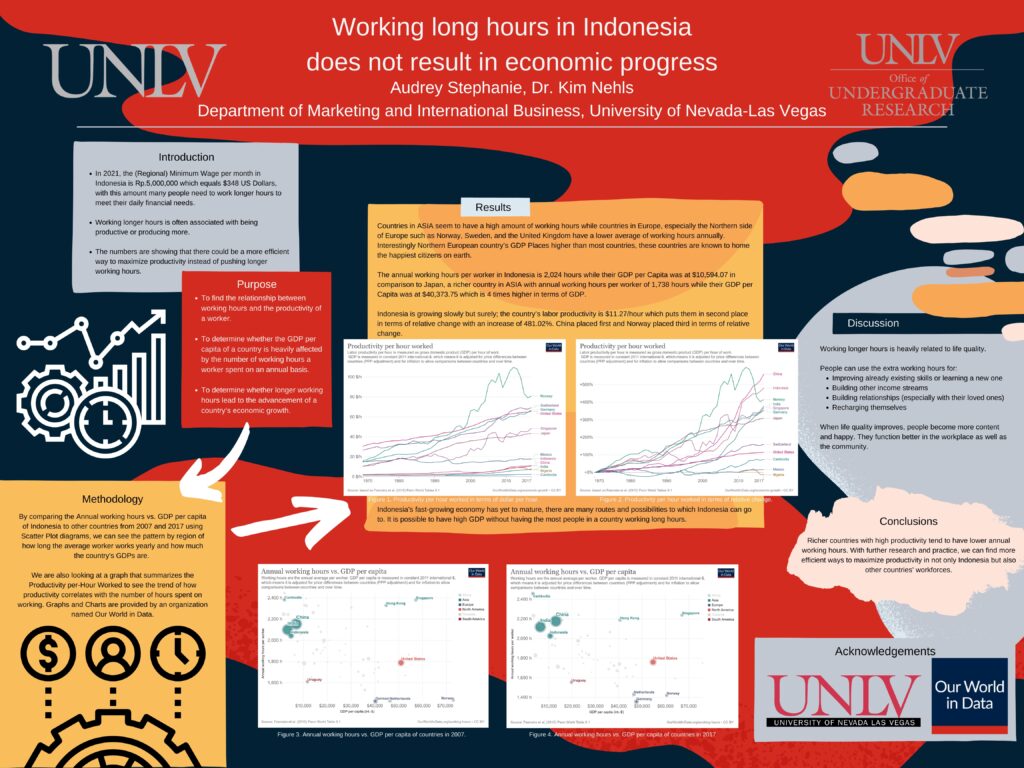 ABSTRACT
The average Indonesian labor workers earn lower in terms of the hourly rate, thus forcing them to work longer hours to cover their daily financial needs, but how is this correlating to the country’s economic progress as a whole?
Data are collected from the year 2017 by comparing Indonesia’s Annual working hours vs. GDP per capita chart as well as the Annual working hours vs. Labor productivity chart to other countries.
Richer countries tend to have fewer working hours but higher wage rates as well as higher productivity. The annual working hours per worker in Indonesia is 2,024 hours while their GDP per Capita was at $10,594.07 in comparison to Japan, a richer country in ASIA with annual working hours per worker of 1,738 hours while their GDP per Capita was at $40,373.75 which is 4 times higher in terms of GDP.
The economic progress of a country does not solely depend on long working hours, it does have a lot to do with resources and the ability to increase their life quality but workers in poorer countries barely have time to improve themselves in terms of skills, knowledge, or just in terms of their general health both mentally and physically. Workers who already worked long hours barely have time to invest in themselves, thus placing them in a loophole.”